Try InfoFlo for free!
The trial is fully functional and offers feature of the product for you to try.
Get your free trial of InfoFlo here.

Search Knowledge Base by Keyword

You are here:
< Back

explaining the dashboard from left to right … 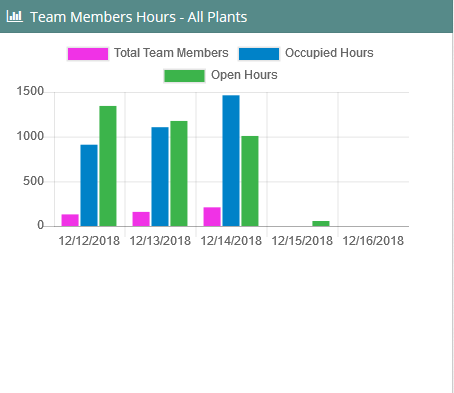 Last Import Log – Shows stats from the last imported forecast with respect to data already existing in the system.  Purple bar shows total jobs found in last import forecast.  Blue bar shows the number of duplicate jobs found in last imported forecast.  A duplicated job is where 2 rows in the forecast contain exactly the same data.  Brown bar displays number of jobs already existing in database which were skipped.  Green bar shows number of existing jobs where the quantity has changed.  Orange bar displays number of existing jobs where the ship all by date has changed.  And blue bar shows number of new jobs included in this forecast.  Note that green and orange bars might count the same jobs twice where a single job has both quantity changed and date changed. 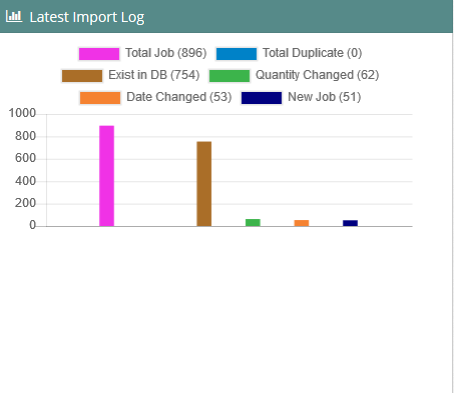 Jobs By Status – displays jobs by status for all jobs which have been imported and processed by the system from today’s date and onward.  PM lookup failed shows all jobs where there is no SKU data available from Pack Manager and therefore the Pack Manager lookup has failed.  No shifts available status shows all jobs where there were not enough shifts available in the plant assigned to the customer or that there are not enough shifts available before the ship all by date for the given job.  To many shifts displays the number of jobs where the total number of shifts is greater than maximum number of shifts as defined in the configuration panel.  Change team members are jobs which were previously scheduled but later manually modified by a user to alter the shift/packer parameters. 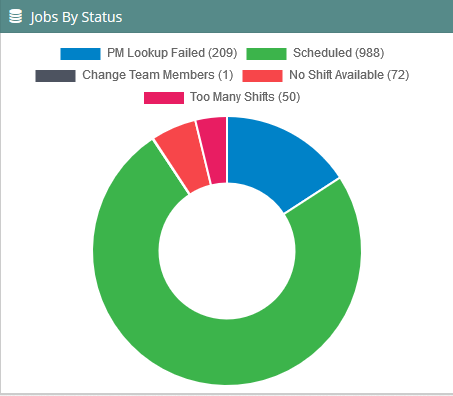 On going jobs – These are the jobs currently scheduled for today along with live progress from pack manager events.  Please note that number of units is fetched from scheduler database (as imported from forecast) while the actual number of units packed is fetched from Pack Manager events.  Its possible for the numbers to not match which might skew the percent complete indicator.  We will mark any job where numbers from Pack Manager are greater than forecast totals are completed. 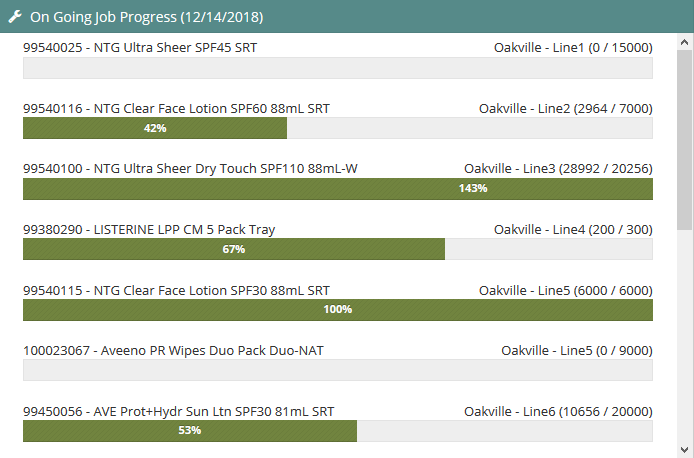